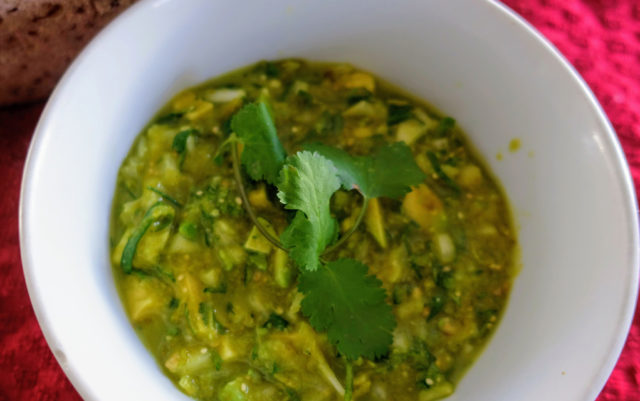 If you have a recipe you cherish, one that you’ve saved because you know it works, chances are you didn’t find it in The Joy of Cooking, Julia Child’s volumes or any of the food sections I’ve edited since 1985. You might have gotten it from a relative but they probably found it in the most common recipe source for American home cooks for decades: spiral-bound community cookbooks. I have some of my mother’s recipes because she contributed them to community cookbooks when I was a kid.

Spiral-bound matters a lot because those books lie flat on the counter when you are cooking. I have hardbound cookbooks that I have to use a 5-pound hand weight to hold open.

Over the years I’ve collected every community cookbook that has come my way, mostly from the Boulder area but also from across Colorado. Many were efforts to raise money for hospitals, diseases, churches, schools and other causes, and the recipes came largely from women.

The recipe names are often very plain or attributed to a relative. I have Mother Barbara’s Rice Casserole in a collection of recipes from the Boulder Valley Women’s Health Center in 1987, Shirley Crowfoot’s Concord Grape Pie in the Shakespeare Festival’s 1998 cookbook, and my very own Happy Family Grilled Salad included in Meals on Wheels’ 1991 Tastefully Boulder.

Eventually, I’ll donate the collection to a museum because the recipes represent valuable historical documentation unavailable elsewhere. They tell you who was cooking and how they actually cooked at the time versus a historian’s account.

There used to be dozens of these books available in the Boulder area, but they have virtually disappeared. They’ve been replaced by digital equivalents like allrecipes.com, where the recipe of the day on June 11 was Skinny Broccoli Mac and Cheese. Fewer people have cookbooks and recipes that they own. They, like me, simply Google “marinara.”

However, I’m happy to have a new addition, the wonderful new Boulder Food Rescue Recipe Book. The collection features 55 recipes in English using fresh produce items saved by Boulder Food Rescue (BFR) from stores and delivered by bicycle to the community. Flip the book over and it’s the same recipes in Spanish.

The recipes come from BFR staff and members, and staff of Boulder Housing Partners, which organizes food redistribution in its network of housing units, food pantries and preschools, such as New Horizons and the Family Learning Center. Among the participants are recent immigrants from Peru, Mexico, Costa Rica and Morocco.

It’s one thing to collect still edible produce from eager donors like Lucky’s Market or Alfalfa’s Market. It’s quite another to figure out how to turn a case of fresh eggplant, kale, zucchini, leeks, Swiss chard, artichokes or beets into dinner tonight.

“We don’t control the produce we receive. We sometimes get high quantities of vegetables and fruits that are not common in certain cultures,” says Hayden Dansky, executive director of BFR.

Dansky says the recipes in this collection are, in part, the answers the cooks devised and were passing among themselves. The just-released volume features tested recipes for everything from Spicy Roasted Fennel and Carrots to Potato Salad with Chicken to Green Plantain Ceviche. The dessert section includes Chocolate Zucchini Squares and Mango and Strawberry Smoothies. There are classics like the Tomatillo Salsa from Jesus Rosales, which uses fresh jalapeno, avocado, cilantro, white onion and garlic.

The Boulder Food Rescue Recipe Book is available to the public and ideal for any cook that is trying to use more fresh produce or is facing similar vegetable dilemmas as a member of a local farm CSA. The nonprofit organization is accepting donations on a suggested sliding scale of $25 to $45. For ordering information: boulderfoodrescue.org/recipebooklaunch.

If your Boulder or Colorado organization still offers a printed, spiral-bound recipe collection, let me know at: [email protected]