Alison Dunford, the Executive Director of Hole Food Rescue, got the idea to start Hole Food Rescue while dumpster diving in a local grocery store in Jackson Hole, Wyoming.

“One day I opened the dumpster and it was full of packaged chicken breasts, and the only thing I could find wrong with it was that that day’s date was printed on it… I started thinking about the resources that go into producing food, and when you throw that food away…It’s the water, the fossil fuels, the human power, and in that case, it was the animal’s life – all that’s being wasted.”

In order to address Jackson Hole’s food waste issue, Hole Food Rescue was created in June of 2013 under the direction of Alison Dunford and Jeske Gräve . The group used BFR’s food rescue start-up guide and Hana Danksy’s consultation (BFR) in order to get the nonprofit established. 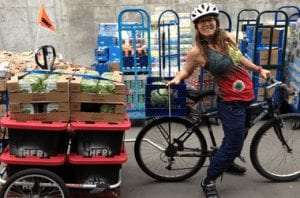 Hole Food Rescue partners with six different food donors and 15 recipients, including a partnership with the Jackson Hole Cupboard.

The organization redistributes around 15,000lbs of food a month and provides food for approximately 800 people a week. To date, Hole Food Rescue has relocated a quarter of a million pounds.

Related to the surplus of food in Jackson, Dunford said that managing such high amounts can prove challenging. With six shifts a day, the team of 5 coordinators and 50 volunteers can encounter pick-ups that range from 300 to 900 lbs on a daily basis.

“Pretty quickly into our effort we realized that we can’t use all the food all the time. So, we were throwing a lot of this food away that we were rescuing, so we were subsequently really just not solving problems, just putting a lot of work in someone else’s dumpster,” said Dunford.

In order to address this extreme surplus, Jackson Hole established a central source space called “The Hub.” The Hub adopts a food bank model in which all Jackson Hole Rescue pick-ups are transported to the Hub and sorted. Hole Food Rescue also now redirects a portion of its surplus food to pig and chicken farmers as feed. Dunford said that the organization strives to create a closed loop system in which all of the food waste is reused. 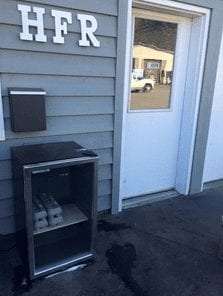 Currently, Hole Food Rescue experiences the challenge of living in a tourist destination and thus, having a seasonal volunteer base.

“We basically get laid off from our jobs for two months in the spring and in the fall, and so people are traveling, their schedules are changing — so that just adds another level of complication to the whole scheduling situation,” said Dunford.

Dunford also said that most volunteers work a lot, often working two to three jobs in order to be able to afford to live in Jackson. Hole Food Rescue addresses the issue of consistent base by creating a more professional orientation that features a contract.

In the future, Alison said she hopes to bring on herself and Jeske as paid staff for Hole Food Rescue. In the next year, the nonprofit will also develop stronger relationships with their donors, provide educational training to new grocery staff, and organize an official fundraiser.

When asked what she enjoys about her work with HFR, Dunford said, “I’d say just the number of connections it’s given me, just how I feel connected to the community, and to my peers, and the impact that it has. And, th 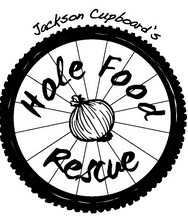