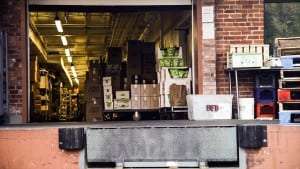 If you haven’t checked out the Boulder Food Waste Audit yet, now’s your moment! It’s a study released by the Boulder Food Rescue (BFR) in collaboration with researchers at CU Boulder. It investigates the impact of current food recovery operations in Boulder; perceptions of food donation among city grocery stores, restaurants, and cafés; and the potential for rerouting more food away from the trash and onto the table.

This week, in Part 3 of our blog series on the Food Waste Audit, we’re looking at why food retailers don’t donate, and what it would mean for Boulder if they did. The surveys in the Food Waste Audit show that 40% of grocery store employees believe their companies could do more to reduce food waste, including donating more food. Meanwhile six of Boulder’s largest grocery stores don’t donate at all. What is preventing these food retailers from making donations of the food that they end up throwing away?

Apparently, it is concern for the image of the stores, a reasonable fear in a highly competitive market. 30% of those surveyed said that their organization might choose not to donate food because of liability concerns and 7% said their organization might choose to avoid donations because of harm to brand image. Because the food donated, especially produce, would likely have imperfections, there is a fear that the donations would be considered representative of the quality of food the store sells.

As far as the liability concerns, there is great news for those concerned. The BFR legal team did a comprehensive review of liability concerns to help potential donors understand the protections in place, and found the Bill Emerson Good Samaritan Act. Passed in 1996, it protects food donors from liability excepting cases of gross negligence. Its broad protections mean that grocery stores can send along their food in good faith.

Addressing this major worry with grocery stores could revolutionize food donation in Boulder. The Food Waste Audit estimates that at least 210,000 pounds of food are being discarded at the six locations that are not currently participating in food recovery. This is potentially equivalent to 187,499 meals!

As we mentioned earlier in this blog series, there is huge potential for reducing food insecurity in Boulder through donating the food that we are tossing into the trash right now. The Audit reminds us of the power changes in our behavior around food could have: “…there is likely more than enough good food being discarded in Boulder and Broomfield counties to meet the caloric needs of all of the food-insecure individuals in the area.”

The Boulder Food Rescue and other food recovery organizations in Boulder are working to streamline the donation process so that food goes to hungry mouths, not landfills. We’re all a part of this system.

What do you think you can do to turn things around?

For more from this series, check out Part 1, which gives an overview of the Audit’s findings. Part 2 takes a look at what’s causing waste at restaurants, and gives you some suggestions of how to change your behaviors to make a difference.