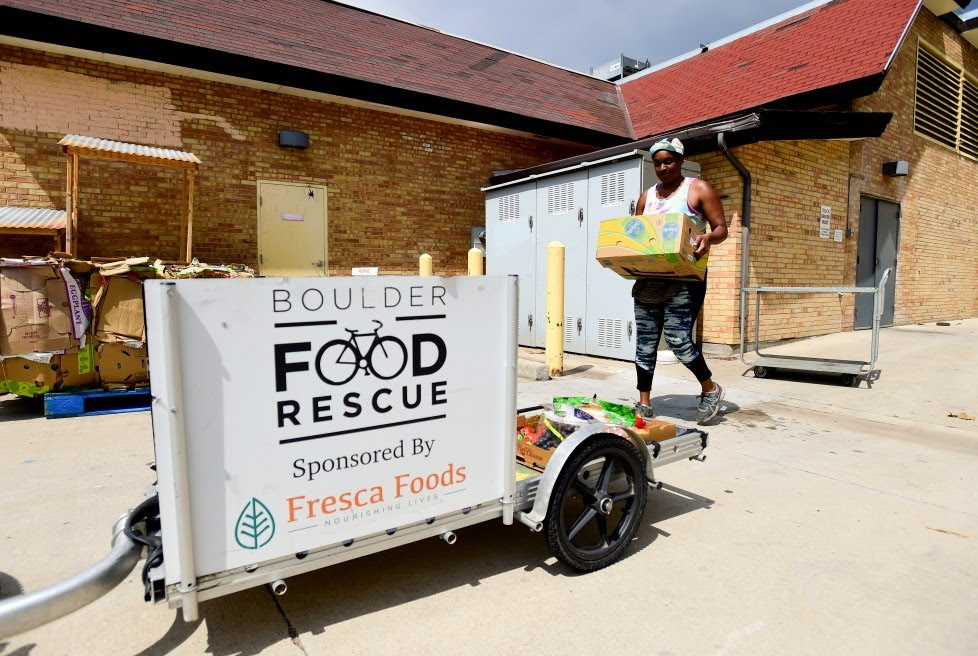 Boulder Food Rescue last month notched a new milestone: The nonprofit has redistributed 3 million pounds of food since its founding in 2011.

Volunteers, the majority of them traveling on bikes, ferry perishable food and particularly fresh fruits and vegetables from grocery stores to nonprofits and dozens of sites. At many of those sites, grocery program coordinator volunteers distribute the food to their neighbors. The nonprofit, through the work of nine staffers and about 150 volunteers, now recovers about 1,500 pounds of food per day that would otherwise be wasted.

“It feels pretty amazing,” said executive director Hayden Dansky. “I think it goes to show that we have grown and that we have big impact in this community. It’s worth celebrating for sure.”

Boulder Food Rescue staff believes people have the right to access healthy and nutritious food, regardless of their socioeconomic status, Dansky said. The way the program is structured helps them deliver perishable foods to people in the community.

The nonprofit last year launched a program called Fresh Food Connect, which allows home gardeners to donate produce from their homes and community gardens, too. Although more than 90% of the nonprofit’s donations come from grocers, Dansky said, this program allows them to diversify Boulder Food Rescue sources, invite more community members to participate and secure fresher produce.

“It is smaller scale,” Dansky said. “The reason it’s of interest is because it creates a diversity in terms of sourcing food donations, and it also allows us to decentralize both our food sourcing and our food distribution.”

On Monday, Sunny Shaughnessy and Nirja Meeker were among the volunteers helping to distribute food at Mapleton Mobile Home Park, one the Boulder Food Rescue’s sites. Both are residents who volunteer to help their neighbors access more fresh produce. They pick up the produce from Sprouts and bring it to a central location in the neighborhood. Delivery days are Saturdays and Mondays.

Tables in the community’s wash house on Monday were stacked with heads of lettuce, containers of kale and boxes of bell peppers, strawberries and pears.

“Food is a basic right, as far as I’m concerned,” Meeker said of her decision to volunteer.

Shaughnessy said that, sometimes, residents come ahead of a delivery to sit together, talk and meet new neighbors.

“They wouldn’t have met each other before,” she said. “It’s great.”

Meeker added that, through Boulder Food Rescue, people try new vegetables they would not have otherwise spent money on or felt brave enough to try.

“People are swapping recipes,” she said. “They’re trying to figure out what in the heck that thing is. It’s been a community builder that way, and it’s really added to peoples’ diets as well.”