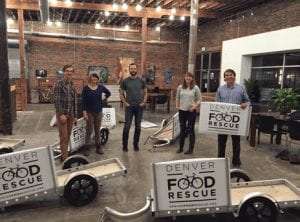 As a fellow bike-powered food redistribution nonprofit, Denver Food Rescue (DFR) focuses on the creation of local, free grocery programs. Currently, the organization is partnering with four free grocery programs in Denver, including the GrowHaus, Globeville, Five Points’ Heart and Hand Center for Youth, and the Parkville Boys and Girls Club programs. 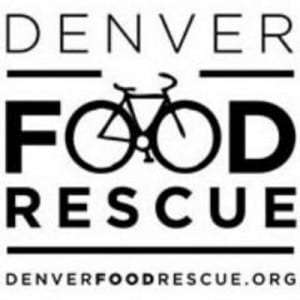 On the ground, these free grocery programs take the form of neighborhoods using DFR produce donations to set up events in which residents can pick up free food. Denver Food Rescue describes the free grocery model as “local” because the programs are primarily run for and by the residents of each community. For example, while one group hosts at the Growhaus, another neighborhood chooses to host the program in a local parking lot in order to increase visibility.

“It’s tough for people, especially when these neighborhoods are also Denver’s more low-income neighborhoods, more neighborhoods of color. So, you just have all this intersectionality. There’s a lack of healthy food retail and healthy food assistance. That’s where we specialize, trying to fill in the gaps…” said Turner Wyatt, the Executive Director of Denver Food Rescue.

According to Wyatt, Denver Food Rescue prioritizes creating grocery programs because it’s an empowering way to redistribute food. Based on a resident-driven model, the different neighborhoods of which DFR partners take leadership over designing and sustaining their own free grocery programs. 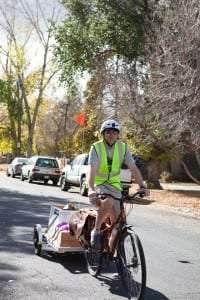 “Right now we’re just focusing on working with individuals, and it’s a real testament to the power that these communities have and the agency that they have, because they’re completely circumventing the need for a food bank,” said Wyatt.

Stressing the importance of the grocery programs’ communities, Wyatt expressed, “Because we depend so heavily on the knowledge and expertise of the residents of the neighborhood with whom we partner, it makes it really easy to make connections with those people. Essentially, it’s just a community making connections with itself. Then, they come to us when they have a request and we’re able to do what we can to meet that request.”

For example, in order to address accessibility needs, the facilitators of Elyria- Swansea’s GrowHaus grocery program now deliver boxes of fresh produce to individuals who are not physically able to attend the grocery program. Accompanied by a DFR volunteer and trailer, the group bikes visits around 10 households in the neighborhood, delivering boxes of fresh produce to each home. 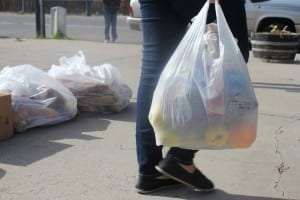 Concerning their organizational goals for 2015, Denver Food Rescue hopes to create six new free grocery programs this year. As part of this vision, DFR also strives to rescue around 300,000 lbs of food (tripling their total pounds rescued in 2014) in order to sustain these new groceries.

From facilitating cooking classes and to the possibility of starting buyer’s clubs at different venues, these four neighborhood grocery programs continue to grow in their membership and capacity. Some programs are currently applying for grants to hire staff that will organize their groceries’ cooking classes and nutrition programs.

Regarding these neighborhood programs, Wyatt expresses that Denver Food Rescue’s ideal situation is “to work ourselves out of a job and pass that job onto the neighborhoods we’re working with.”

If you would like to volunteer with Denver Food Rescue or learn more about the organization, please visit http://www.denverfoodrescue.org/. 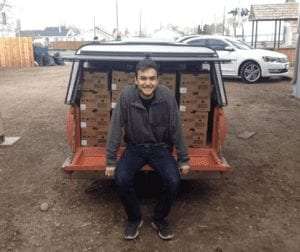